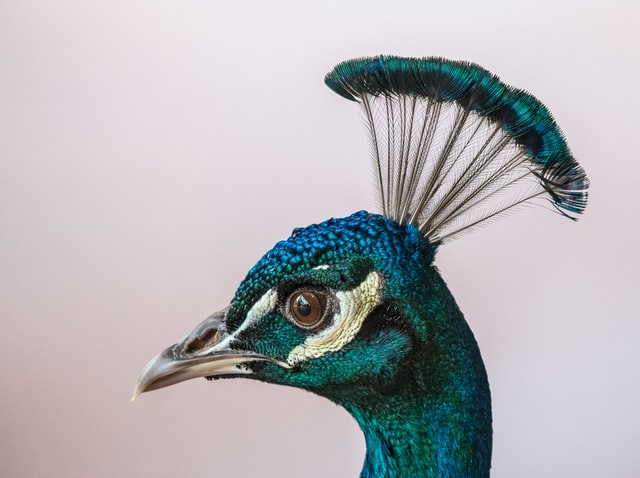 In 1975, Israeli evolutionary biologist Dr. Amotz Zahavi published a paper called "Mate Selection - A Selection for Handicap." In this paper, Zahavi proposed The Handicap Principle, an explanation for the tendency of specific animals to choose mates with seemingly useless or harmful characteristics.

The handicap principle centers around the idea that for a signal to be honest, it must be costly; otherwise, anyone could imitate it.

This is most clearly shown with extreme rites of passage in other cultures. For example, a tribe in the Amazon has a ritual where they sedate and interleave giant topical bullet ants into a glove. Then, a person puts their hand into the glove, and must withstand the pain without screaming. The sting of the bullet ant is considered the most painful feeling in the world. Because this is so difficult and costly, it’s extremely reliable when revealing the toughest people.

If this test instead only required five pushups, everyone could do it. No one would be able to distinguish between the contenders.

‍
The Handicap Principle also exists within several animals in the wild.

The classic example is the size of a peacock's tail. Practically, a large tail serves no real purpose to the survival of the peacock. It's difficult to grow and carry around, and slows down the peacock when trying to evade predators. It also makes the peacock a much more noticeable target.

However, female peacocks tend to select males with larger and brighter tails. Logically, this doesn't make any sense. Why would a negative trait be considered desirable?

Zahavi's handicap principle explains this phenomenon. The size of a peacock's tail is a costly signal. Therefore, to maintain that trait through several generations, those males must be fit enough to escape predators while also finding food.

‍
Another example of this is a certain behavior of gazelles in the wild. When a predator approaches a herd of gazelles, occasionally a few of them will separate out and start to jump up in the air. This action is called stotting, and it directly handicaps the gazelle by revealing them to the predator.

Why would they make themselves visible instead of hiding within the herd? This is a form of Zahavian Signaling. They are showing the predator that they're extremely fit, and that it would be futile to chase them down.

People often unconsciously participate in Zahavian Signaling without even realizing it. The best example of this is conspicuous consumption. This is the act of spending money on luxury goods and services solely to display wealth and status.

People purchase expensive brands (that aren't higher quality) to show that they have the ability to get away with wasting money. In other words, they purposefully financially handicap themselves to signal their wealth.

A more pernicious example of this is when people unconsciously struggle signal.

When I was in high school, I'd often hear people constantly complain about making bad life choices. They would pull multiple all-nighters, or stay up past midnight on social media.

What was more concerning, however, was that groups of people would have complaining contests. One person would claim that they have an essay due in a few hours that they haven't started yet; someone else would reply by saying that they didn't study for a test they had next period.

These were all self-inflicted, terrible decisions. Instead of trying to learn from past mistakes, people would flaunt them at each other, acting like they were somehow beneficial.

This is another example of the Handicap Principle. People subconsciously harm themselves, and brag about it to show that they can make bad choices and "get away with it."

There were times where I've caught myself doing this as well. If you were in my drivers-ed class in high school, you'd know what I'm talking about. It was a running joke that I was terrible at driving, and I saw that as a good thing.

Bad decisions are never something to be proud of. It's important to recognize when you are subconsciously struggle-signaling so you can more easily eliminate poor choices.