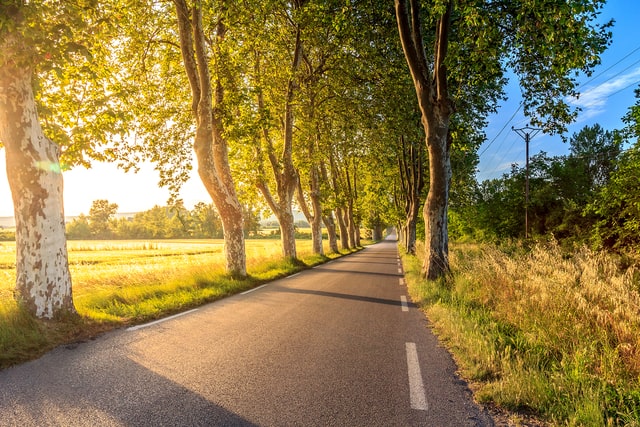 Agassiz and the Fish

Upon reading an essay about Understanding by Nabeel Qureshi, I came across the parable of Agassiz and the Fish. I found the story rather intriguing; I will provide it here:

A post-graduate student equipped with honors and diplomas went to Agassiz to receive the final and finishing touches.

The great man offered him a small fish and told him to describe it.

Post-Graduate Student: “That’s only a sunfish.”

Agassiz: “I know that. Write a description of it."

After a few minutes the student returned with the description of the Ichthus Heliodiplodokus, or whatever term is used to conceal the common sunfish from vulgar knowledge, family of Heliichtherinkus, etc., as found in textbooks of the subject.

Agassiz again told the student to describe the fish.

The student produced a four-page essay.

Agassiz then told him to look at the fish. At the end of three weeks the fish was in an advanced state of decomposition, but the student knew something about it.

At first, I had some trouble understanding the underlying message behind this story. However, upon further careful examination, I realized that the final sentences convey that the student knew more about the fish by staring at it than his weeks of research into its biology. This points to the idea that close interaction with the entity you are attempting to understand is far more effective than abstract verbal or written description.

This idea is easy to implement when trying to understand a physical object; if you're trying to learn about a specific item, the first place you should look is at that specific item.

However, how do you actually apply this when trying to understand an abstract concept?

There are three methods that I've isolated that you can use to find sources to study when trying to deeply analyze an idea.

Seek out a physical representation/visualization of the concept in action.

One of the key indicators of understanding is the ability to mentally visualize the concept actively working. This is clear in the field of mathematics, where being able to "see" a geometric interpretation of an idea in your head often greatly improves one's ability to work with the concept.

However, our minds are notoriously bad at visualizing geometric ideas, most notably scale. Think about it this way:

Try in your mind to imagine one basketball in your immediate surroundings. Chances are you can see it pretty easily. Now, try to see ten basketballs around you, all moving around like basketballs do. That's a little harder, but it's still feasible. What about 100? 1000? Just a few orders of magnitude later, and it becomes nearly impossible to imagine that level of scale.

So, the question remains: how can we train ourselves to see a concept working in action? You can achieve this two ways.

This is something that we often see in science classrooms, when teachers ask us to interact with a concept recently practiced in class. Most students treat these exercises as useless, but there is a real benefit into making an attempt to experience a principle in real life rather than just abstractly discussing it.

This becomes immediately apparent when working with mathematics concepts. Often, drawing a picture of the concept makes it significantly more clear than simply tossing around the numbers.

For example, think about the Pythagorean Theorem:

Imagine if you could only see that equation, and had no experience interacting with right triangles that display this theorem in action. It would seem useless because you would have no physical interpretation of it.

You could also look for an animation of the concept online that someone else has already created. I often look to the YouTube channel 3Blue1Brown for this area of help; he beautifully animates many mathematics principles which greatly aid my understanding.

I also find this framework helpful when studying biology. Whenever I think of natural selection, I imagine a white mouse on a black volcanic plain, because that is the example that was provided to me when I was first learning about it. It has maintained my understanding of the topic ever since.

You try to harness as many aspects/variations of the principle as possible, and hope that the sum of those parts will bring you closer to complete understanding.

I originally read this idea in Qureshi's article on Understanding, when he stated:

Even if you can’t experience the thing directly, try going for information-dense sources with high amounts of detail and facts, and then reason up from those facts. On foreign policy, read books published by university presses -- not The Atlantic or The Economist or whatever. You can read those after you’ve developed a model of the thing yourself, against which you can judge the popular narratives.

Basically, you want to go for the most dense, highest level rendition of a topic rather than taking someone's stripped down version and trying to learn from that.

This method reminded me of Plato's Theory of Forms, an idea I studied a few years ago in literature class. Basically, according to Plato, the physical world exists as a collection of objects, all of which are cheap imitations of their ideal forms in the spiritual plane.

I don't know if Plato would have approved of my application of it, but this is the way that I think about it when dealing with understanding:

We can think of every concept or principle as a form; suppose I'm trying to understand some abstract concept, like the color blue. In my mind, blue is this ideal form that is composed of the sum of all the things that exemplify blue in the physical world.

There are an infinite number of things in the physical world that have the characteristic blue and are of many different shades of blue, but the blue form is composed up of all of these different blues. Every blue is taken from this blue form.

We can expand this to include principles. Darwin's Theory of Natural Selection is composed up of an infinite number of descriptions, examples, drawings, and extrapolations; similarly, the The Pythagorean Theorem's form is made up of every proof of it, every drawing of a right triangle, and every description/demonstration of it.

When you seek to understand something, you are seeking to understand it's form. You can do this by trying to understand as many of its aspects as possible, and over time you'll start to fill up the circle of the form by diving into all of its sub-circles.

Now the question remains: how do you find all these aspects of a principle, and how do you understand those?

The way you understand those aspects and variations is by breaking them up into a series of tiny pieces, and trying to understand all of those. That's essentially what you're doing with this form anyway; you're breaking it up into bite-sized pieces and tackling those, one at a time.

Eventually, you will get to an aspect level that is so small that you won't need to break it up further, as its level of understanding is trivial.

Now the question remains: how do you find all these aspects of a principle, and how do you understand those?

You look into the locations that go the most in depth into a topic; the places that hold the greatest number of attributes of a topic. For example, a high-level textbook or original research in that topic would hold a great deal of angles on that topic, so studying those would lead you closer to understanding.

If you seek to understand general relativity, get a textbook on it and read that. Don't read an article that's been summarized down and reformatted multiple times; you want all the details, not a quick summary.

People could argue against this by stating that it doesn't make sense to find a higher level source that goes into extreme depth, because it would be too difficult and unreasonable to start with.

My stance is that if you're not willing to go into the weeds on a subject, you're not really trying to fully understand it. It's a different story if you want a quick version of a topic because you have a test coming up; if that's the case, your goal is not to understand the topic but to pass the test, two very distinct things. If you only go for surface level, digestible resources, you will never achieve true understanding.

Anyway, this methodology can be applied to understanding any level of source. Just break everything down into smaller pieces, and try to understand those.

For example, if a higher level physics textbook has too much calculus, don't give up and look for an easier version. Simply pick up a high level calculus book and work through that; padding your overall knowledge of the world will always serve you in the long run.

You look for the first rendition of a topic, the original discovery and justification for it.

I first heard of this method through a podcast from Naval Ravikant (@naval). Naval states:

Older books have stood the test of time. Would rather work to make own life more interesting than read other people's stories.

You should seek out the first historical explanation of a subject because every other version is based on the original; they're all diluted down or expanded upon renditions, so why not start with the beginning?

Every one of these primary sources have stood the test of time; history is the greatest filter. The reason that you can still pick up Adam Smith's The Wealth of Nations or Darwin's Origin of Species is because these are true, unadulterated sources. Don't be afraid to start with them first.

Ideally, you would use a combination of all three of those things to build up your mental understanding of a topic.