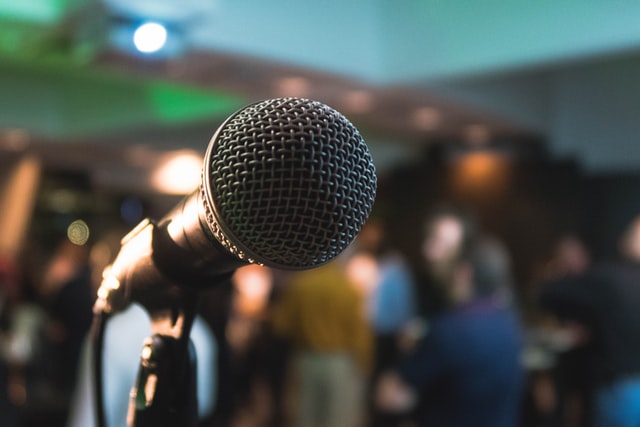 How to Improve Your Speaking With Three Simple Rules

Speaking is something that everyone does, yet most of us never try to improve. Over the past few months, I've come across three important rules that can immediately boost your speaking skills and conversational ability.

The first rule of speaking is to speak slowly. Most people are insecure about the value they provide to a conversation, so they naturally move at a fast pace. However, if you intentionally slow down and take time to develop your thoughts, you will appear much more confident and prepared.

Speaking slowly also helps remove fillers like "yeah" and "um." You use fillers because you're trying to talk faster than you can think of important things to say. Because silence makes people uncomfortable, they tend to eliminate it with repetitive fillers. If you take time to cleanly develop your thoughts before saying them, fillers will naturally resolve themselves.

Most great speakers speak at a slower pace than the average person- just listen to this speech by Barack Obama. After every statement, he pauses and waits for the point to sink in. This helps him speak with conviction and confidence.

The second rule of speaking is to never start with a thesis statement. When people tell stories, they’ll often begin by saying "you’ll never believe this!” or “this was so hilarious!”

This is something you should avoid doing, because it creates unrealistic expectations within the listener. If you tell someone that they’re about to hear the most hilarious thing ever, they’ll be expecting something that’s impossible to deliver on. This ruins the impact of your story.

Additionally, as soon as people hear a strong thesis statement, they immediately stop listening. They'll feel like they know what to expect, because you told them.

Instead, you should begin stories/ideas with a general statement that sets the scene, which preserves the feeling of mystery. Then, as the story continues, the level of engagement should slowly increase. This keeps the listener captivated.

Strong hooks are only necessary when the medium allows the audience to get up and leave. YouTube videos and articles are good examples of this, where you need to start off strong. However, because people don’t leave during a conversation, you have the ability to begin slowly.

The third and final rule of speaking is to always end strong. The end of your story always stands out in the memory of the listener- the audience will associate the feeling they have in the end with the entire statement.

When someone speaks, their mind generates their words a few seconds before they actually talk. Because of this slight delay, people tend to fall apart near the end of their line of thought. At this point, your brain has finished thinking of things to say- but your mouth still has a few words to go.

This makes you panic, and end with words like “yeah, so um, that’s my story.” Ending like this ruins the weight of your speaking, because the ending is all the listener remembers. It’s surprising how often people end with a series of weak fillers like this- during the next conversation you have, pay attention to the way most people end their stories. It usually sounds shockingly similar to this.

When speaking, always end strong, and embrace the silence when you’re finished. If you want to use a powerful thesis, the end is where you should put it.