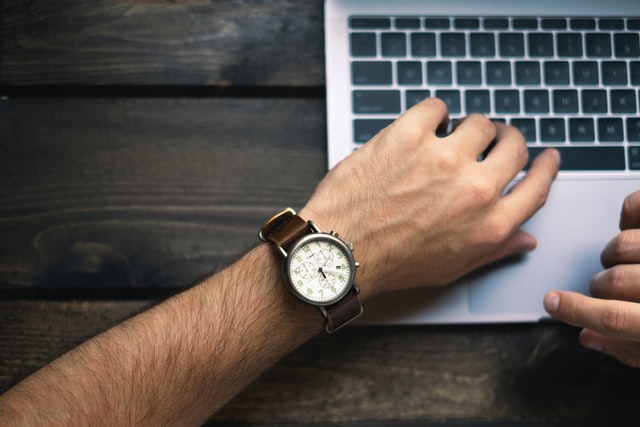 The Beauty of Time-Boxing

A few days ago, I checked out my friend Jacob’s apartment for the first time. He showed me many of the rooms, but eventually we landed at his desk setup and study space, the area I was most interested to check out.

As I was looking around, I noticed something interesting. On his wall, he had a calendar and schedule pinned to a board. On that schedule, he had designated specific times every day to allocate to each of his classes. I asked him about it, and he explained to me that even though most of his classes were asynchronous, he was studying as if they were physical time-bound lectures.

This was drastically different to what I had been doing to manage my schoolwork. Every night, I would create a to-do list for the next day, with everything I needed to get done. The following day, I’d try to follow that list as closely as possible, hoping that I worked through most of it by the end of the day.

Although I’d set out my daily tasks, I never bounded each task with a specific window of time. Because of this, I began to fall into a consistent trap.

Every night, while looking back on what I accomplished, I noticed that I was pretty much only getting the first task done. Even on good days, I’d barely manage to tackle a few of the following tasks, mainly only sticking to the first one.

This led me to think about a solution to this problem, one that would create specific deadlines throughout the day so I would finish more of my tasks.

Time-boxing is a productivity technique where you allocate a specific time window for each task and then try to finish the task within that time frame.

For example, if writing this newsletter was an item on my to-do list, I would schedule out a couple hours to do that in my calendar.

I usually try to do this every night for the next day. First, I’ll write out a to-do list, which consists of anything that is on my mind that I need to get done within the next few days. Then, I’ll order them based on priority. Finally, I time-box each task. I’ll open my calendar and create a tentative schedule with specific time frames for each assignment.

If you compare them side-by-side, you’ll notice that each item in the to-do list lines up in priority with the time allotted to competing it. I’ve also tried to schedule in breaks between some of tasks, to give me some breathing room.

Time-boxing works really well for tasks that you can easily estimate the time it takes to do them. For example, you can easily time-box watching lectures or videos for classes, because those are usually around 45-55 minutes each.

It doesn’t work as well for granular tasks that take less than 10 minutes, like cleaning an area or sending an email. For those, I would suggest creating a larger window for all your cleaning or administrative tasks, and then trying to get miscellaneous items done in the time frame.

It also doesn’t work very well for giant projects. If you have to write a paper from scratch, it’s not very helpful to simply schedule out the entire day with one time, like “Write Entire Essay.” Instead, you should break it up into smaller tasks, like “brainstorming” or “rough draft.” Then, you should time-box those.

The Benefits of Time-Boxing

Time-boxing has several benefits. Firstly, it will make your to-do lists much more realistic. Because you're forced to assess the estimated time each task would take and then lay them all out, you're going to cut out the stuff that you know you can't get done.

It also sets more granular deadlines on each of your tasks.  If I know that I have to finish writing a paper by noon instead of the end of the day, I'm going to be much proactive and likely to get it done by that time rather than putting it off. I’ve time-boxed the writing of this newsletter, and I can currently feel the urgency that it creates when otherwise I would have probably procrastinated it.

This new practice of time-boxing has significantly increased my productivity.

I’m not saying that you need to follow your schedule to the minute. For example, if you're writing an essay and you're really getting into the flow of it, you don't need to immediately jump to the next thing as soon as your time is up.

The point of time-boxing is that it gives you a framework and methodology to be more intentional with using your time on tasks. It’s meant to be a guideline, more like a gentle nudge than a strict timetable.