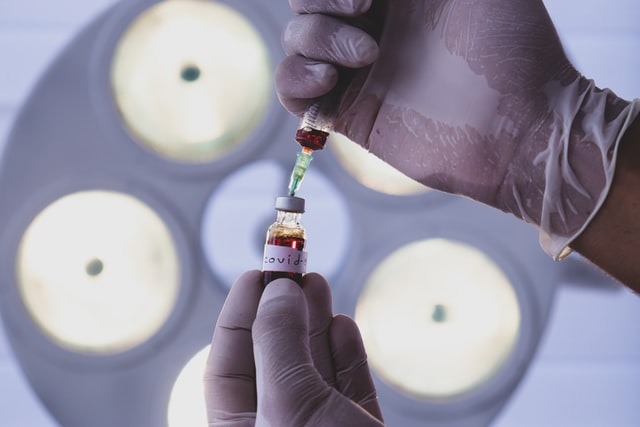 My Journey as a COVID-19 Vaccine Test Patient

On December 22nd, 2020, I received my first dose of the COVID-19 Vaccine. Over the past few months, I've been a test patient for the AstraZeneca global vaccine trials.

It all started in September 2020 when I was sent an invitation by the University of Wisconsin School of Medicine. A researcher from the Department of Anesthesiology was looking for participants for their investigational vaccine study.

This email was sent to all of the students and faculty at UW-Madison, and was part of a global trial from the pharmaceutical company AstraZeneca. This trial involved over 30,000 people from 100 different locations in the USA. 1/3 of the patients would receive a placebo, and 2/3 would actually get the vaccine.

I immediately responded to the email, stating my interest in taking part in this study. I wanted to get the vaccine as soon as possible, and to contribute to the global development effort.

A few weeks went by and I got no response, as the chancellor of the University had recently suspended all in-person campus activity.

Finally, about two months later, I received an email requesting a 30-minute phone consultation with one of the researchers. During this call, we went over the vaccination process, the trial structure, and next steps.

At the time, the trial was frozen because of some negative side effects that a patient in the UK experienced.

However, after a month they called me back to let me know that they had restarted the trial. In this call, we also confirmed the date of my first appointment at the university hospital.

Fast forward another few weeks, and the day of the appointment arrived.

The process was simple. After going through the medical history check and consent forms, I would first take a COVID-19 nasal swab. Then, they would draw two vials of blood so they could have access to my pre-existing antibodies. Finally, they would give me the vaccine (or placebo).

The morning of the appointment, I made a big mistake. I skipped breakfast and lunch, thinking that I would simply eat after the visit. I also stressed myself out by arriving a little late.

Everything went well until they drew my blood. Before this trial, I had never gotten blood drawn, nor a nasal swab. The feeling of both of those in succession combined with the decisions I made that morning caused me to have a vasovagal syncope right after the blood draw.

A vasovagal syncope occurs when your body overreacts to stressful triggers. Basically, as soon as I stood up, I passed out.

After a few minutes, I woke up surrounded by medical personnel rapidly checking my vital signs. I was completely fine after 10-15 minutes, but my reaction was enough for the doctor to decide that I was now ineligible to get the vaccine.

He was concerned that, if I showed symptoms later on, they wouldn't know if I was reacting to the vaccine or whether I was still experiencing the effects of passing out.

I understood their reasoning, but I was still pretty disappointed in myself.

Over the next few weeks I called back multiple times, assuring the researchers that I was in good health and that there were no lasting effects of the vasovagal syncope.

Luckily, they allowed me to come back for another visit and try again. This time I made sure to prepare beforehand. I ate breakfast and arrived early. I also made sure to rest for 15 minutes after the blood draw before getting up. Nothing went wrong, and I successfully received the vaccine.

That night, I did experience a few side effects that I wasn't used to. I had a moderate headache, with severe fatigue and chills. However, those effects only lasted a day or two.

In a few weeks I’ll return for my second dose, and after that I'll be fully vaccinated. I was extremely lucky that I was able to be a part of this study, as I'll now be mostly protected from the virus.

However, because of the chance of a placebo, I won't be changing any of my protective behaviors (social distancing, mask wearing) anytime soon.