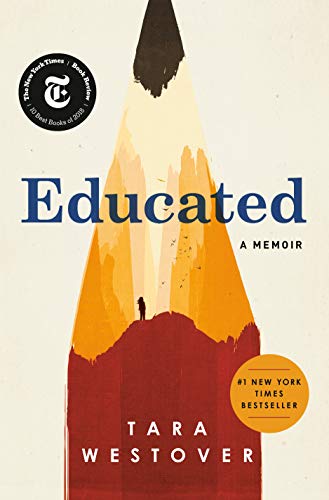 The world is full of skeptics; people who disbelieve public institutions, like the WHO or NASA, claiming that COVID-19 is an engineered myth or that the Earth is a flat plane. Usually, these extreme viewpoints don't control people's every day lives. They may believe that the world is lying to them, but they continue living in that world and entertaining those "lies."

This was not the case with the Tara Westover's family; she grew up in a fanatical Mormon household, where the accepted ideas were that medical institutions were trying to kill you and that public education is a ploy by the government to drive people away from religion.

This resulted in them almost completely and utterly living off the map. Many of the Westover's were born at home and had never been to a hospital, resulting in their lack of birth certificates or government identification.

Gene Westover, Tara's father, owned a junkyard, which was their main source of income. The danger arrived when he would force his children to work alongside him, with them often maintaining several untreated injuries. Tara's brother, Luke, once caught fire and sustained third degree burns; of course, his injuries were not treated at a hospital and instead were "cured" by an herbal miracle salve.

The Westover's kept their children from receiving a K-12 education; later on, Tara would take it upon herself to attend university, ultimately earning her Ph.D from Cambridge on a full scholarship without ever having a high school education.

Educated is the story of Tara's life and how she overcame her family's maniacal beliefs.

I loved this book; the writing was excellent, and shockingly descriptive for someone who had no high school education. When reading Educated, you truly feel transported into Tara's world, as if you're experiencing her life, tragedies, and successes alongside her.

One thing I learned from this book is the importance of connections and strong friendships; Tara's impression on those around her (namely, a few key professors) truly opened the door for her to use her hard work and discipline to achieve greatness, and earn her Ph.D from a globally renowned university like Cambridge.

This book also shed light on the privilege that so many of us take for granted, the opportunity to experience a full education. According to UNESCO, 264 million children do not have access to school. Educated details the biases and beliefs that one can carry throughout their childhood due to a lack of education.

I would absolutely recommend this memoir for anyone who is looking for a deeply emotional, gripping read about family and the control that they have on our lives and future.